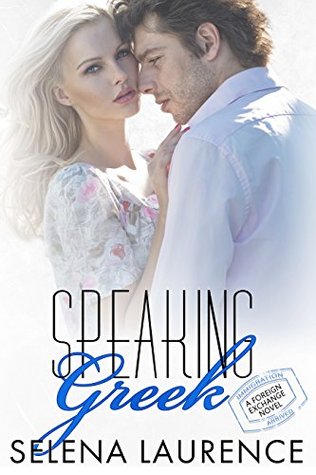 A Greek Billionaire and his student intern.

Tess Richardson is from a family that’s all about the law. She follows the rules, and works hard for everything she has. When she gets accepted to junior year abroad and an internship at an International shipping company, she knows that doing things the right way has paid off. Then she meets Nico Stephanos and all the rules fly out the window.

Nico has always been the golden boy. Handsome, smart, and the son of a Greek billionaire, he gets what he wants, when he wants it. With a father as rich and powerful as his, he’s got the world by the balls—until the day the woman he’s falling for becomes his family’s greatest enemy. Now Nico is faced with a choice—the life he knows, or the girl he thinks he loves.

I was excited when the author approached me with an ARC for this book. I loved her Lush series (particularly Lush Betrayal) and from the sound of the blurb alone, this book is right up alley. So while I didn’t loved this one outright, I enjoyed it very much and I thought the internal and external conflict was fleshed out and well written.

Tess Richardson is an American student spending her internship year in Greece at one of the biggest shipping companies in the world. The moment she arrives, she meet Nico Staphanos, the gorgeous heir to the company Tess will be working at. The conflict between Tess, who grew up following the rules and Nico, who appeared to be entitled was evident and it wasn’t until they spent time together that their ideas about each other changed.

Speaking Greek started off slow for me. The romance between the two seemed like a foregone conclusion and I felt like there’s really nothing major that’s going to derail the romance between Nico and Tess. It wasn’t until about 30% when clues start popping up and I realized that things aren’t what they seem and the repercussions will have major impact on Nico and Tess’ romance. It kept me glued to the story because it was written in a way that you know there’s something bad going on but you don’t know who’s involved and most of all, you’re waiting for that shoe to drop on Tess and Nico.

That said, the romance between Nico and Tess was just okay for me. Don’t get me wrong. I liked their characters. Tess is definitely a strong female character and Nico showed how sensitive and willing he is to prove his feelings to Tess. But it never reached that epic level of swoon that I crave. But overall, I liked Speaking Greek. The suspense aspect is what saved the book for me because added a very needed edge to the plot.