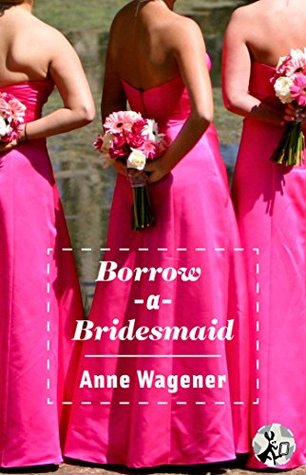 When life hands you lemons, make lemonade—or, in Piper Brody’s case, make a Craigslist ad offering yourself up as a hired bridesmaid! A hilarious, touching, coming-of-age novel from debut author Anne Wagener.

Piper is a recent college grad who decides to sell her body on Craigslist—as a hired bridesmaid. Her airport bookseller job just isn’t bringing home the turkey bacon, and no one’s going to pay her to analyze Milton’s poetry. Turns out, having an English literature degree from an upstanding university isn’t all it’s cracked up to be.

Piper’s Craigslist endeavor soon picks up steam, netting her clients such as Southern peach Stacey, whose interracial marriage causes a family feud, and Alex, a bride-to-be who’s so type A she’s type A-plus. Between fighting off matching T-shirt–wearing teams of “bustle bitches” at gown sales and learning more about fondant than the Cake Boss, Piper falls for Charlie Bell, the brother of a client. A fellow aspiring writer, Charlie’s the only person recently who’s encouraged Piper to follow her dreams. Not to mention, he’s pretty darn cute.

But when Charlie turns out to be the groom in one of her gigs—and set to marry the craziest bridezilla of them all—Piper must band together with her newfound friends and stop Charlie from making the biggest mistake of his life. Once in a while I come across a book with a very unique premise that instantly grabs me. Borrow-A-Bridesmaid is such a book.

Piper Brody is a recent English Lit graduate stuck in a thankless job shelving books at an airport bookstore. In order to pay her seemingly insurmountable student loan debts, she decided to sell her body…as a bridesmaid, on Craigslist. During her first gig, she meets fellow graduate Charlie, and immediately hit it off. Their connection was instant and Piper is more than willing to see where it leads. But then Charlie disappears only to come back a month later, as the groom at the wedding Piper was hired in.

Borrow-A-Bridesmaid is poignant, sweet and hilarious. It takes a candid look at life after college, that point in your life that says, “You’re an adult, start figuring stuff out now.” Piper doesn’t have her life together at all. She quickly figured out that four years in college pouring over great literature does absolutely nothing to prepare her for life in the real world. She desperately wants to write and make a living at it, instead she’s stuck at a dead-end job with a horrible boss.

The book focuses on Piper as she navigates her life as bridesmaid for hire picking up friends along the way. Piper is an endearing heroine. She’s not perfect and she’s overwhelmed a lot. But slowly, Piper started finding her voice thanks in part to the experiences she’s gained while working two dead-end jobs and being a bridesmaid for hire.

The romance between Charlie and Piper was the weakest part for me. But since this is chick-lit, I’m not going to rate this based on how strong the romance is. I liked it enough and it does play a big role in the plot but it’s not the main focus of the story. The romance is just the icing for me. And that’s okay because I still get the romantic ending I craved. So win-win!

I had fun reading this book. I laughed my ass off so many times because the dialogue and Piper’s inner monologue is hilarious. And the secondary characters were delightful. Alex and Lin were probably my favorite secondary characters. Lin because he’s always been there for Piper and Alex for just being a badass former client of Piper turned friend and confidant.

Overall, it’s a very solid debut for Anne Wagener. If you’re in the mood for some light-hearted chick lit, I’d definitely recommend to Borrow-A-Bridesmaid.

You can purchase Borrow-A-Bridesmaid on Amazon & iBooks.