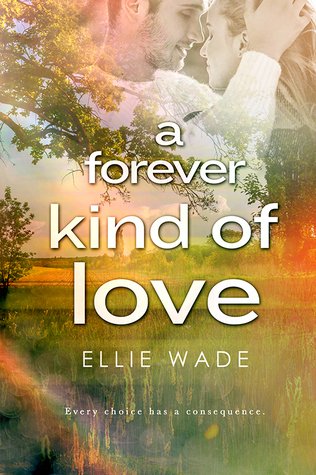 Every choice has a consequence.

I believe in soul mates. Why? Because I have one and her name is Lily Madison.
I’ve loved Lily my whole life. She’s all I’ve ever known. All I’ve ever seen. Everything. To me, she is perfect.
Sometimes, when something has always been there, it is hard to recognize it for what it is. It is easy to take for granted. I didn’t realize how deeply Lily was ingrained in every fabric of my soul because I’d never had to feel her absence.
It’s all so obvious now, but at the time it was not. I had to figure it out on my own.
I wish I could have realized what it was that was truly important in life because once choices are made and paths are altered…it is so hard to go back, sometimes impossible.
I know this because I stand here with a two-carat engagement ring in my hand waiting to ask someone to be my wife. I’m ready to love and cherish her ‘til death do us part. But, there is just one problem.
She isn’t Lily.

Will the choices that have been made change our path forever or will fate find its way?

I wanna say that I’ve never read the original ARC for this book. I signed up for a review before I even read the first book thinking I will love it. But I didn’t like the first book as much, so I decided to forego reviewing the second book. But I have heard from trusted friends who got ARCs how this book became much about Stella and Jax rather than Jax and Lilly. So I sat there thinking I dodge a bullet.

So imagine my surprise when I got an email saying a copy of A Forever Kind of Love has been sent directly to my Kindle. So went and checked. Lo and behold, I got the newly revised ARC. So what’s a girl to do?

Read it and hope for the best.

Unfortunately, all my fears were confirmed when I read this.

“…I’m standing here with a two-carat engagement ring in my hand, waiting to ask someone to marry, to be my wife. I’m ready to love and cherish her till death do us part. But there is one problem. She isn’t Lily.”

AFKOL started where ABKOL left off with Lily learning about Jax’s engagement to Stella. I was ready to give Jax a chance. There’s got to be an explanation for his behavior, right? Starting with how he dumped Lily in the first place? I was ready to find out the answers. Unfortunately, they’re definitely not the ones I was expecting. The first 30% or so of the book was a rehash of what happened in ABKoL albeit in Jax’s POV. We also get to read about Jax and Stella getting closer and closer to each other despite Jax pining for Lily. Right up until 60% or so, we get to witness Jax fall in love with another woman, married her, lost her and felt guilty about losing her. 60% until almost 90% was spent in Jax’s head while he pushes Lily again and again all the while feeling guilty for betraying Stella. At this point, I couldn’t care less if they end up together anymore.

I wasn’t just mildly annoyed at Jax, I was beyond livid.

First of all, Jax’s reason for breaking up with Lily in the first place was lame and confusing. Jax broke up with her because he could not make her his number one priority. Not with his studies, football and his father breathing down his neck.

SPOILER ALERT: Lily—not once—did she ever demand or ask Jax to make her his number one priority. NEVER. In fact, Lily went out of her way to assure Jax of his place in her life and that she understands he’s busy. And yet Jax just made an arbitrary decision to break up with her because he couldn’t make her number one?

Another thing that had really upset me was the how different the characters have become from book one to this book. Stella became the sainted wife whose life, kindness, peace and serenity has touched every single person she came in contact with while Lily lost her personality, her backbone along with her dignity. And Jax—well Jax became even more of a douchebag in this book. If that’s even possible.

I never hated a hero as much as I hated Jax. In fact, he just replaced Patrick as my douchiest douchebag hero ever. And that’s saying a LOT. And no matter how hard the author tried to sell Jax’s character as noble, he’s still a douche to me.

Seriously, there’s nothing honorable about marrying someone when you’re supposedly in love another one. You just don’t. The author tried to make him into this self-sacrificing martyr when in reality, Jax is nothing but a coward who couldn’t even stand up and fight for his supposed “soul mate.”

But more than that, what really tipped me over the edge was what I call the Saint Stella love fest that went on in this book. A friend of mine said it best, readers don’t care if she’s a saint or a bitch. She’s the other woman keeping Lily and Jax apart. Period.

After awhile I got sick and nauseous reading about how good, and kind and beautiful, and wonderful and ahhh-may-zinnnng—how perfect Stella is. Or how much good she’s done in her short life compared to others. Or how much she makes everyone around her happy. Or that her shit doesn’t stink and how she poops rainbow on a daily basis.

Srsly. Stahp. You can’t make me like her. In fact, the more Jax or Lily or every other person tried to convince me otherwise, the more I hated her. And newsflash: giving her cancer doesn’t automatically make her a sympathetic person to me. NOPE.

Maybe it would have been easier to swallow if Lily got equal screen time and got herself a man and a backbone but she didn’t. Lily wasn’t just dumped by her so-called soulmate, she also got cheated on and betrayed. And worse than that, she became the doormatiest doormat ever. Who in their right mind would volunteer to become the photographer for your soul mate’s wedding to another woman? Even when she was obviously hurt by what she has witnessed, she decided to wait for him and not date anyone else. And this was before she knew Stella was dying, by the way. So am I to believe she will put her life on hold while Jax lives HEA with another woman.

Also, to me, the whole thing didn’t make sense. In the first book, we were “told” basically that Jax and Lily are soul mates. That they love each other and that Lily was everything to Jax. And yet the first sign of pressure from his dad, Jax caved in and dumped Lily. But here comes Stella. A good friend but not as good or as close as Lily. She comes in and suddenly Jax became so devoted to her and finally stood up to his father so he can marry Stella? I don’t get it. It doesn’t make sense. How in the world did Stella manage to capture his devotion whereas Lily had to be the one to fight for him? It boggles the mind.

The only answer I could think of is that Jax never really loved Lily in the first place despite of what he says. If Jax didn’t love her then his actions would make sense now. I just couldn’t buy into this whole soul mate idea when the actions of the characters are so contrary to what they were saying.

And the kicker? Jax only moved on after he found Stella’s letter essentially giving him permission to be with Lily.

Not really, Loki. Not really.

ARC provided by the author for the blog tour in exchange for an honest review.