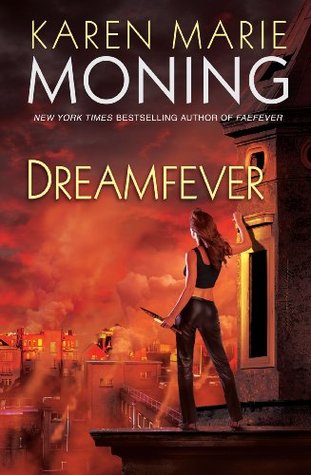 He has stolen her past, but MacKayla will never allow her sister’s murderer to take her future. Yet even the uniquely gifted sidhe-seer is no match for the Lord Master, who has unleashed an insatiable sexual craving that consumes Mac’s every thought—and thrusts her into the seductive realm of two very dangerous men, both of whom she desires but dares not trust.

As the enigmatic Jericho Barrons and the sensual Fae prince V’lane vie for her body and soul, as cryptic entries from her sister’s diary mysteriously appear and the power of the Dark Book weaves its annihilating path through the city, Mac’s greatest enemy delivers a final challenge.…

It’s an invitation Mac cannot refuse, one that sends her racing home to Georgia, where an even darker threat awaits. With her parents missing and the lives of her loved ones under siege, Mac is about to come face-to-face with a soul-shattering truth—about herself and her sister, about Jericho Barrons…and about the world she thought she knew.

This book has that one trope I loathe which severely affected my rating and feelings. Which trope you ask? It’s the “the heroine must be rape in order to grow/gain power/change” trope.

I hate this trope with the fire of a thousand suns! If I could yeet this trope off of the face of the earth so it won’t be used a cheap plot device any longer, I would. But alas, I cannot and so here we are. Yet again, another heroine has to go through a sexual assault to move the plot and to show “character growth.”

Look, I’m not saying that no one in literature should use this trope anymore, all I’m saying is I hate it. It’s a cheap plot device that’s been done, especially in UF, plenty of times and it never works for me.

I’m extra salty because of the way the aftermath of that assault was handled and how other characters in this book went out of their way to gaslit Mac into thinking her rape was:

It’s extra frustrating here because ultimately, none of it mattered anyway coz none of the questions that we’ve been asking since book one has been answered. Instead of answers, we get more questions. I largely ignored it in the first three books because I liked Mac and a lot of stuff were happening and I kinda forgot that KMM wasn’t really answering any questions and just piled on more questions.

After 3 books in this series, KMM can’t hide the lack of answers. And it was definitely highlighted in this book. I don’t expect all the answers right now. After all, there’s still one book to go and some big plot questions can wait.

However, some smaller questions that are important to the bigger plot were largely ignored in favor of more questions. Mac just kept asking questions after questions and none of it got answered except one: the whereabouts of Christian. But even then it was not fully answered since no one still knew how and why he got there when Barrons apparently got out. AND why in the hell did eating unseelie flesh have that effect on him.

Anyway, I did like some of the things here. I love Dani. Her interactions with Mac is a highlight for me. I would love a whole book with just Mac and Dani kicking ass and taking names.

But other than that, my overall feelings for this book was one of frustration. I would probably read the next one because I wanted answers to a lot of the questions I’ve been asking since the first book.