BRIAR
I was infatuated with Asher Kelley the moment he came tumbling through my brother’s window five years ago.
Even bruised and bloodied, he was the most beautiful boy I’d ever seen.
We couldn’t ever be together.
I was too young, and he was too untouchable.
He was too troubled, and I was too naive.
But the heart is rebellious, and mine decided it didn’t care about any of those things.
As I got older, harmless flirting turned to stolen moments in dark corners.
Until one day, he was gone without a trace.
Now, three years later, he’s back.
Callous and cruel.
He’s my brother’s best friend. My parents’ worst nightmare.
I should hate him.
But like a Bad Habit, I can’t quit him.

ASHER
I was drawn to Briar Vale from the first time she looked up at me with stars in her big, blue eyes.
She was just a kid, nothing but elbows and knees, but she was the most beautiful creature I’d ever seen.
We could never be together.
I was too old and she was too off limits.
She was too good and I was too fucked up.
Eventually, the temptation became too much to resist.
I risked everything for a kiss and she betrayed me.
Three years have passed and I’m forced to see her again, but now she’s all grown up.
She’s my best friend’s baby sister. My downfall.
I hate her for what she did.
But she’s always been my drug of choice

Sometimes, I do something that’s totally unpredictable, like, oh, I don’t know buy a book from a new-to-me author without reading reviews first. I mean, this book was everywhere this past few days and I was intrigued. And curious. 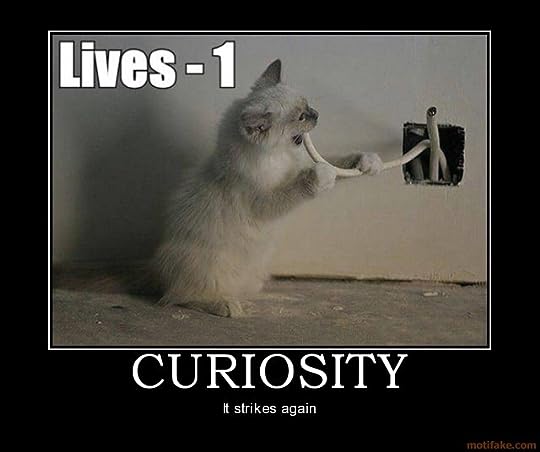 I gotta say, it wasn’t the worst thing I’ve read this year. There were some character moments that were interesting, while others are just too over-the-top dramatic for me. And some of the characterizations felt off.

For example, Briar. During the prologue, she was 14 years old but acted older, trying her hardest to seduce a 17 year old boy that she likes. At the proper start of the book, she was 17 but acted like 12 year old. And everybody treated her like a damn baby including the hero. If you’re looking for a romance where there is character growth, this book isn’t for me. The characters stayed the same throughout including the hero. The same broody, misogynistic asshole from prologue to the end.

Speaking of asshole, there’s nothing lovable about Asher. He’s one dimensional. Asher is basically a rehash of every other broody, bad boy that’s popular in NA romance today. There’s nothing special about him. And his anger towards the heroine for her perceived betrayal was dumb. The fact that he reached that conclusion despite the heroine being innocent, a 14-year old at that according to him the kindest person he knew, proved to me that he’s nothing but misogynistic asshat. A dumb one at that.

I mean, really? He thought Briar told her father about what happened between them because he rejected her physical overture. Kind of like those girls who cry rape because the guy they want didn’t like them back, amirite? What a nice contribution to rape culture. Truly, we need it alive these days.

Anyway, after all the drama, the one person that got me to cheer for her wasn’t the heroine, nor the hero but the antagonist, Whitley, the mean girl who was slut-shamed throughout the book. Sure her motive was suspect but what she did was actually a lot kinder than what other people might do. If she had been another dumb teenager, she would’ve used the picture she got to shame Briar, upload it to social media and create another 13 Reasons Why scenario. But surprise, surprise. The one person who was supposed to be the villain went to an adult and had him handle the situation. If she had been cruel, she would’ve upload it to social media or spread some nasty rumor about Briar and Asher. Instead she did the opposite and she kept it a secret. But sure, she was the villain because she wanted the hero to love her back. Whitley got the short end of the stick in the book.

All I can say to that is #JusticeForWhitley!

I still have so many issues with this book including the writing, which is a cross between Penelope Douglas and LJ Shen. It sometimes feel like I was reading a PD or an LJ Shen book, tbh. It’s disconcerting.

But this is just my opinion. Considering how many of my friends and other loved this book, I’m in the minority. What didn’t work for me might work for you.

View all my reviews